Month of September – In Honour of Our Lady of Sorrows

The month of September is traditionally dedicated to the Seven Sorrows of Mary with the feast of Our Lady of Sorrows being observed on September 15. The feast of Our Lady of Sorrows commemorates the seven great sorrows which Mary lived in relation to her Son, as they are recorded in the Gospels or through tradition. The Seven Sorrows are: the prophecy of Simeon, the flight into Egypt, the loss of the Holy Child at Jerusalem for three days, meeting Jesus on his way to Calvary, standing at the foot of the Cross, Jesus being taken down from the Cross, and the burial of Christ.

Devotion to the sorrows of the Blessed Virgin Mary dates back to the twelfth century, when it was first established in monastic circles under the influence of St Anselm and St Bernard. The Cistercians and then the Servites started to spread it. It was widely embraced during the fourteenth and fifteenth centuries, especially in the Rhineland and Flanders, where Confraternities of the Sorrowful Mother sprang up. This devotion was officially promulgated by the Church (Pope Pius VII) in the early nineteenth century. (Courtesy of Catholicism Pure and Simple)

PRAYER TO OUR LADY OF SORROWS

O most holy Virgin, Mother of our Lord Jesus Christ: by the overwhelming grief you experienced when you witnessed the martyrdom, the crucifixion, and the death of your divine Son, look upon me with eyes of compassion, and awaken in my heart a tender commiseration for those sufferings, as well as a sincere detestation of my sins, in order that, being disengaged from all undue affection for the passing joys of this earth, I may sigh after the eternal Jerusalem, and that henceforward all my thoughts and all my actions may be directed towards this one most desirable object. Honour, glory, and love to our divine Lord Jesus, and to the holy and immaculate Mother of God. Amen.
~Saint Bonaventure 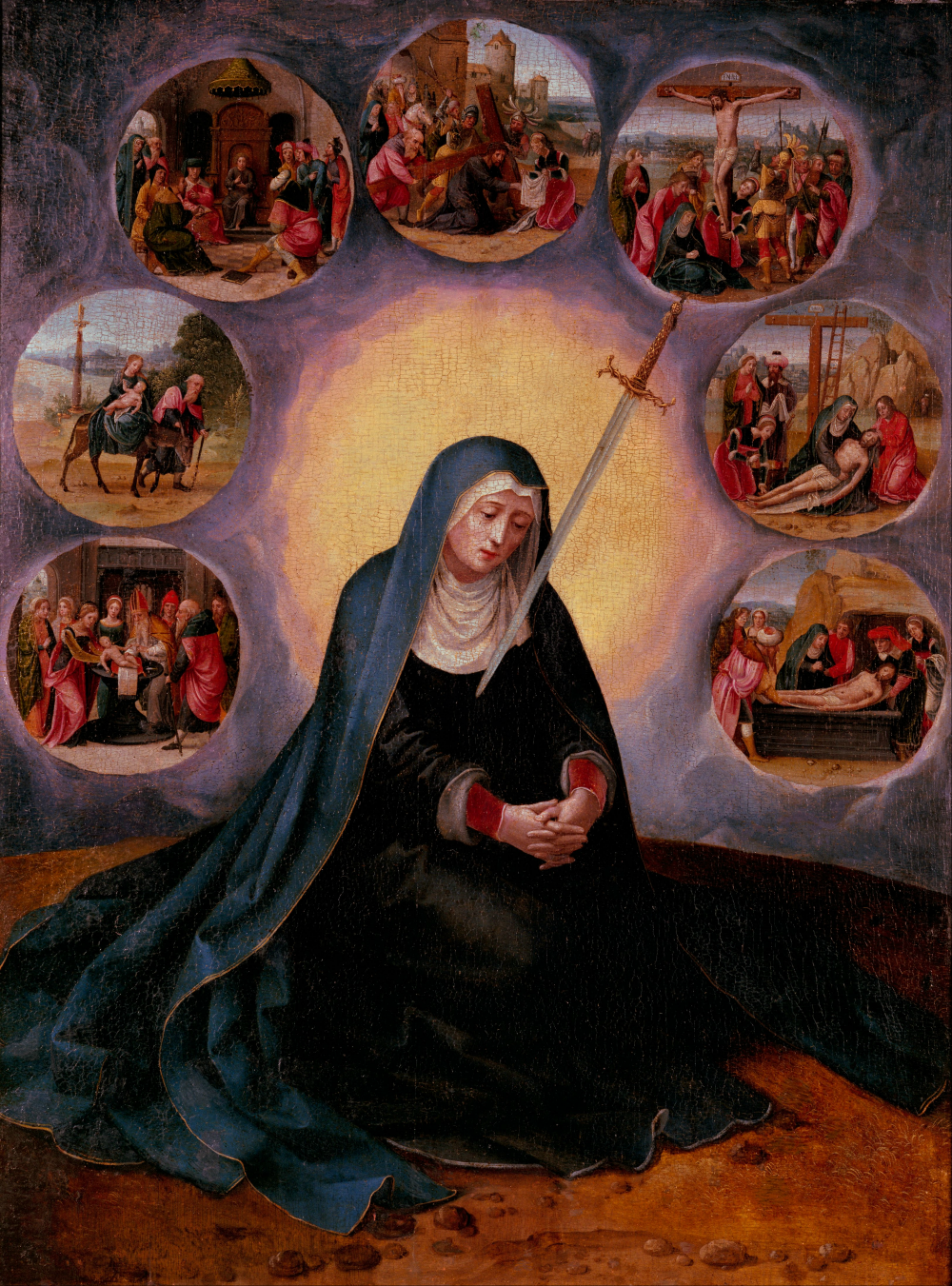